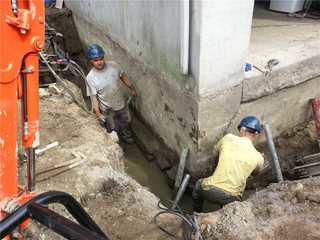 Hi Jenny, thanks for the quick reply. Just wanted to confirm this would be performed under warranty. Thanks Micheal for the visit this morning. Much appreciate the good after service support which is a very rare thing in the world today. See you next summer.
Mike N. of Saint-Lazare, QC
Thursday, October 1st 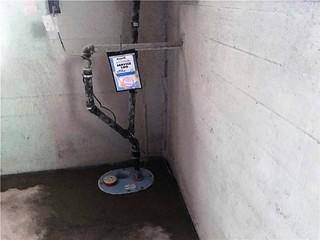 Hi Andrew, I just wanted to give you an update on our basement. People love to give bad news, but I want to give you good news. There is not a drop of water in the basement this year and we have probably had the worst spring on record. I don't know if you remember the job, but your team put in an interior french drain around 3/4 of my basement and dug the sump pit about 1 foot deeper. The interesting part is that there has not been a drop of water in the interior french drain. It seems like digging the sump pit deeper was all that was necessary. Water is pumped out into my front ditch before it ever gets high enough to get into the drain. Now, I can finish my basement with confidence. Thanks for your help. Garnet
Garnet A. of Beaconsfield, QC
Tuesday, May 9th
I was very happy with Sophie's service! I called your company to repair my French drain following a recommendation from my cousin who did business with a Basement Systems company. Sophie took the call, listened patiently, served me well throughout our call, and did her best to provide me with excellent service. I was surprised because even with large national companies, I always had bad experiences with customer service agents. Sophie is a great member of your team, and you need to know that. I am really happy and I look forward to meeting your specialist this Friday!
Maria S. of Quebec, QC
Tuesday, August 11th
Very good job, they were wonderful and very helpful. The salesman and his presentation was great.
Leah B. of Elgin, QC
Q:  How satisfied are you with the job we did for you ? A: Very good ;     Q : What did you think of our installation crew ?  A: A ok ;     Q : How was the experience you had with our office staff ?   A: Wonderful, Very helpful ;     Q : What are your thoughts on our salesman and his presentation ?  A: Great ;     Q : Was the cleanup satisfactory ?   A: I guess I am too particular ;     Q : Overall, what were the top one or two reasons you hired us instead of another company ?   A: My son had the same work done, only he lives in the U.S and found your site on the internet. Same company ;
Leah B. of Elgin, QC
Monday, December 8th
Yes, we were very impressed with Systèmes Sous Sol’ professionalism, the letter beforehand outlining our responsibilities, precautions to be taken, etc. The book you sent ahead of time to help us know the company, possible solutions to the issues homeowners face was very well done. As a former graphics designer, I was impressed. It’s pretty scary when as a homeowner you experience leaks in your home (small or large) and companies you call for quotes don’t respond, yet you can’t move forward as was our case. The laundry room and adjoining bathroom are in their original state (53 yrs.old) needing to be renovated but having to deal with water infiltration every few years. Hi again, I forgot to mention the prompt service we received from Sam. When I had questions, he responded very quickly. He phoned us the night before and that morning too because he was going to be a bit late. He did a great job! Now we can move forward knowing that the problem was resolved thanks to your company.
Lana C. of Gatineau, QC
Monday, May 6th 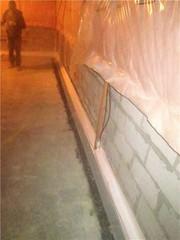