On August 04th, 2020, the whole world was in shock when a massive explosion occurred in the heart of Beirut. This disaster devastated the city and unfortunately claimed several lives. A country that was already in a humanitarian crisis must also overcome the impacts of this explosion. It will take years for Lebanese families to regain some semblance of normal life. 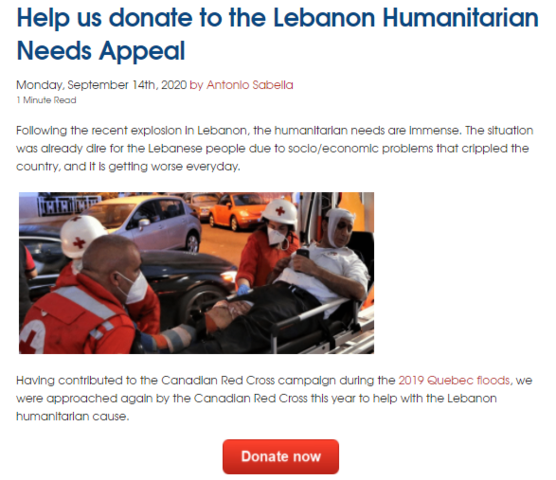 With the generosity of many Quebecers, we were able to raise 450$. On top of that, Systèmes Sous-sol Québec has contributed with an amount of 1050$ to bring the total to 1500$  These funds were distributed to the Lebanese Red Cross and other partners on the ground for distribution to the victims and to those most in need. 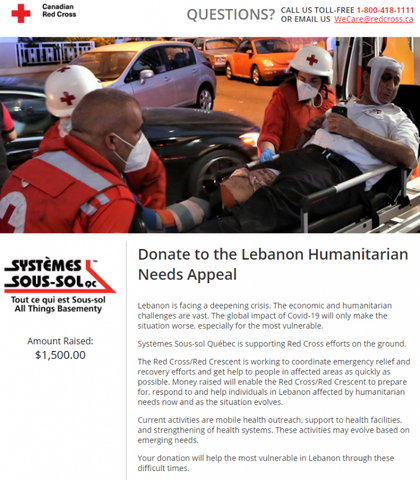 From the entire Systèmes Sous-sol Québec team, we would like to thank all those who were able to make a donation to help the fate of the Lebanese and thus contribute to their well-being.

Article: Help us donate to the Lebanon Humanitarian Needs Appeal
Back to Previous Page
Back to News & Events