As a result and due to the water accumulating under the slab, the basement floors were always humid and cold. There were also cracks in the basement slab, probably due to cement drying when the house was built.

The condensation of water on the slab pushed the owner to look at solutions like covering the slab with a subfloor, however, any organic materials would have been damaged by humidity and mold.

The owner of the house wanted to fix his problems for good!

Our specialist opted for an internal water draining system, similar to the exterior French drain, but which is guaranteed for the life of the house. The WaterGuard was installed on 3 sides of the perimeter of the house, leaving only the foundation wall that was shared with the neighbor's house where the risk of water infiltration were minimal.

The internal drain not only allowed to drain water coming from the foundation wall/footing joints, but also from under the slab and the foundation walls, which could have been a risk if left untreated. The drain was then linked to a SuperSump system, one of the best sump pump systems on the market. As pumps have a lifetime that is unpredictable, a WaterWatch alarm was installed; if the water level in the sump would exceed its normal level, the alarm would sound and help the owner prevent a basement flooding.

Finally, some resurfacing of the floors were done, to help with the issue of sloping floors that existed. 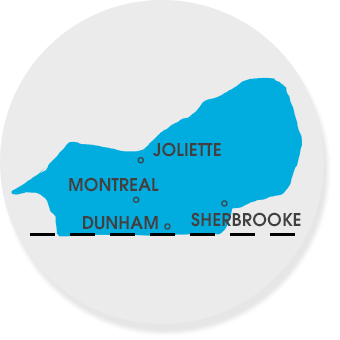